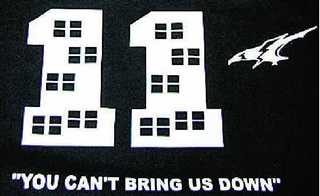 Between people who do bad things...and people who are just plain bad.

Okay...two people broke into a house and stole a laptop computer...

on the computer they discovered movies, stills and IM's involving children....so...

they turned it over the police.

These two people were doing a bad thing...and discovered a worse thing...so they did the right thing.

and I thought all the excitement was over here...

My favorite coffee shop:  Biggby (used to be Beaners - as in coffee beans) made the top 50!  (they most likely had my help)

The Future 50, identified by Technomic, Inc. as the fastest growing chains with sales between $25 million and $50 million, includes 32 that defied the odds to grow sales by 20 percent or more in 2007. Of those, a dozen hit 40 percent or higher sales growth. As a group, they’re hot, they’re nimble and they’ve got what many of their large competitors don’t right now—momentum.

(Note:  when Biggby changed their name, it was not because of a lawsuit, complaint or any such thing.  It was because somebody told them that the name had the potential for being offensive and they did not want to offend anybody.)

The woman keeper was bitten about 9:45 a.m. in the outdoor hippo exhibit as she and colleagues were doing desensitizing training on Mahali, a 5-year-old male, to make dental work more comfortable for the hippo.