How could Trump incite an attack that had already been pre-planned and was in motion before his speech ended?

What did House Speaker Nancy Pelosi and the other leaders in Congress know — and when did they know it — about the possibility for violence and the Pentagon's pre-attack offer to send National Guardsmen to reinforce the Capitol Police?

Were there facilitators inside the Capitol and outside it who instigated or enabled the attack to be carried out?

Jim Jordan Blasts ‘Double Standards’ of Democrats: They ‘Objected to More States in 2017 than Republicans Did Last Week’

Jordan continued, reminding his colleagues that the individual managing impeachment for the Democrats, Rep. Jamie Raskin (D-MD), too, objected to electoral votes in 2017.

“Americans are tired of the double standards. They are so tired of it,” the Ohio Republican said. “Democrats objected to more states in 2017 than Republicans did last week, but somehow we’re wrong.”

Minneapolis: For the first few days of riots, Minneapolis police focused on defending their embattled 3rd Precinct building located at the center of the unrest. The mayor then ordered the police to stand down and abandon the building to the angry crowd that had surrounded it. The police withdrawal caused the situation to "spin[] out of control in the neighborhood around the precinct house"; the Precinct was burned to the ground, and "nearly every building around it [was] vandalized, looted or set on fire."

Portland: Portland suffered three months of nightly riots. Daryl Turner, head of the Portland Police Association, alleged that Portland Mayor Ted Wheeler and Multnomah County District Attorney Mike Schmidt limited the city's response to riots in order to appease lawbreakers: "If it is acceptable for rioters to commit acts of violence against community members and to try and burn down occupied buildings, and if this conduct is allowed to continue," Turner said, "then Portland is lost."

Chicago: On a particularly violent weekend in early June, Mayor Lightfoot refused to deploy the National Guard beyond Chicago's central business district, drawing condemnations from officials representing districts on the south and west side of the city, which were left unprotected during Chicago's deadliest weekend in sixty years.

The Capitol Police were woefully understaffed and under-prepared for last Wednesday's riot. The reasons for that need to be thoroughly investigated. But the notion that right-wing mostly white rioters get special treatment while BLM-associated lawless behavior attracts violent, harsh, crackdown is at odds with what actually happened last summer.

Weekly Prayer Quote “Do not have your concert first, and then tune your instrument afterwards. Begin the day with the Word of God and prayer, and get first of all into harmony with Him.” Hudson Taylor

"Things We Couldn't Say" is the true story of Diet Eman and Hein Sietsma (her fiance) told through their journals leading up to, and through, the German occupation of Holland.

I'm part way through, but so far it's been a good read.

What I find interesting is the responses of the two people, one man and one woman, to different situations. They were separated when the queen took the entire government and escaped to England - his response was anger at the "desertion" and hers was despair at the "abandonment".

Her journal tells of her fear at the though to Hein being caught while in hiding from the Germans, and the caution that she had to take while moving him from home to home without being discovered.

His journal tells of his fear for her and his anger at not being able to protect her.

I'm getting value from the book and it's another story of Christians helping Jews escape persecution that we all should remember.

Hear my prayer, O Lord;
let my cry come to you!
2 Do not hide your face from me
in the day of my distress!
Incline your ear to me;
answer me speedily in the day when I call!

"Man's maker was made man that he, Ruler of the starts, might nurse at Him mother's breast, that the Bread might hunger, the Fountain thirst, the Light sleep, the Way be tired on its journey; that Truth might be accused of false witness the Teacher beaten with whips, the Foundation be suspended on wood, that Strength might grow weak, that the Healer might be wounded, that Life might die

Sing, choirs of angels;
Sing in exultation,
Sing, all ye citizens of heaven above;
Glory to God in the highest;

Yea, Lord, we greet thee,
Born this happy morning:
Jesus, to thee be glory given;
Word of the Father,
Late in flesh appearing;

And our call to worship is Psalm 101

101 I will sing of steadfast love and justice;
to you, O Lord, I will make music.
2 I will ponder the way that is blameless.
Oh when will you come to me?
I will walk with integrity of heart
within my house;
3 I will not set before my eyes
anything that is worthless.
I hate the work of those who fall away;
it shall not cling to me.
4 A perverse heart shall be far from me;
I will know nothing of evil.

5 Whoever slanders his neighbor secretly
I will destroy.
Whoever has a haughty look and an arrogant heart
I will not endure.

6 I will look with favor on the faithful in the land,
that they may dwell with me;
he who walks in the way that is blameless
shall minister to me.

7 No one who practices deceit
shall dwell in my house;
no one who utters lies
shall continue before my eyes.

8 Morning by morning I will destroy
all the wicked in the land,
cutting off all the evildoers
from the city of the Lord.

1 Peter 3:4 but let your adorning be the hidden person of the heart with the imperishable beauty of a gentle and quiet spirit, which in God's sight is very precious.

This resonated with me...so here it is...

But the Lord is in His holy temple. Let all the earth keep silence before Him.—Habakkuk 2:20

"Lord, permeate my whole life with a spirit of worship—all week long, every day. Amen."

I can only shake my head at this article, and grieve - not only that this woman has gone through this trauma (rape) but also that this is the route she's gone in order to...I'm not sure what she'll gain from this thinking.

Here's the article, "Our culture of purity celebrates the Virgin Mary. As a rape victim, that hurts me."

Now the rest of us are stuck trying to be both a virgin and a mother at the same time.

From Amazon, via Challies - Since most of my reading is on Kindle, I'm going to add an additional challenge - half the books will be paper copies. 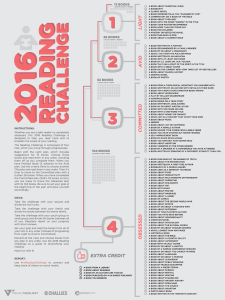