Wedding vows are not a declaration of present love but a mutually binding promise of future love. A wedding should not be primarily a celebration of how loving you feel now—that can be safely assumed. Rather, in a wedding you stand up before God, your family, and all the main institutions of society, and you promise to be loving, faithful, and true to the other person in the future, regardless of undulating internal feelings or external circumstances.

~~Tim Keller, "The Meaning of Marriage"

Ah...the wedding ring. Many of our traditions concerning this symbol and token began in ancient Egypt.

The ring is a circle - the symbol of eternity. Never ending, always moving. The shape of things far away...the sun and the moon.

But it's not just the "ring," the hole in the center where your finger goes carries the symbolism of a gateway. Your finger going through that ring symbolizes an entrance to a new life, changes, opportunities and sorrows, known and unknown - but together.

Even the finger symbolized love. The Egyptians believed that the vein in the third finger on the left hand flowed directly from the heart. The Romans adopted this, calling that vein the "vena amoris" - the vein of love.

The first people who wore wedding rings made them out of hemp or some other kind of fiber...so the love might have been eternal...the ring, not so much.

For a time, in Ireland, people considered it bad luck for a wedding ring to be made from anything other than gold (the poor, prohibited by cost from wearing gold, would have considered themselves prohibited by superstition from wearing anything but gold -- stayed ring-less?). The Church of England put a stop to that, teaching that the material didn't matter, as long as a ring was present.

Contrast that with the Puritans, who believed that any jewelry, including a wedding ring was both vanity and pagan, hardening back to the Egyptian root on the practice, and banned the wearing of wedding rings. This practice stuck: an old friend of mine told that her parents had been brought up in a Pilgrim Holiness church. They were a scandal, since her mom wore a wedding ring.

Millennia later, the wedding ring remains a symbol of love and eternity; so much that the exchange of rings is part of most wedding vows

Last Friday, Michigan became a "gay marriage" state, by the decision of a federal judge, overturning a vote of the people.  Even though the governor has requested a stay until it can be sorted out in SCOTUS, at least one country clerk has "gender neutral" marriage licenses ready to go today.

I want to be clear.

I am going to be a BRIDE.

I am NOT "applicant A"

1 - A license, by definition, says that the state is giving me permission to do that which is otherwise illegal.  If I must have a license in order to marry, then marriage is illegal, unless the state gives me permission to enter into a marriage.

3 - what the state is giving "us" (citizens) permission to do is no longer "marriage" (according to Scripture.)

When is it time for Christians to opt out of a corrupt system?

Do Christians need the state's permission to enter into a covenant before God, their family,  and their church community?

Because my move from Arminianism to Reformed Theology has been such a formative thing, as well as a very formative thing in "our relationship" - it makes sense.

(well, it will be in October, so we'll have millions of mums also)

P - Perseverance of the Saints 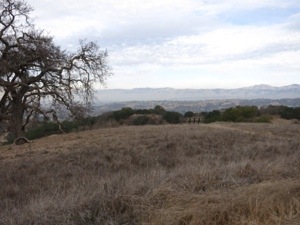