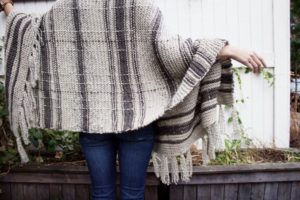 Tom lost his hat, so I started a new one (better color for him, and hopefully a better size)

I wound a ball of hand spun alpaca; not enough to do anything with (yet) but I have a new pattern for a coffee cup sleeve that will work out nicely, I think)

Spinning and making yarn is an interesting process, starting with the shearing (I got all this fiber for helping on shearing day)

The point I'm at in the photo is after spinning and spinning (later on that) and then you have to let is set in water to "set the twist."

I almost finished a pair of socks.  Really...close.

The knitting is done and all I have to do is graft the toe closed.  I started another sock (purple and gray stripe).

I did a dumb thing with my spinning wheel - I pounded the nail in the end of my treadle in because it stuck out too far (this attaches the treadle to the leg of the wheel.)  The "unintended consequence" is that now it won't come out - a problem because I have to fix the treadle, which involves taking the treadle off...

Life is settling in and I'm blogging again.

As I knit, I've been knitting socks, I've been using a variety of patterns.  After browsing patterns (mostly looking at pictures, I can sort out the patterns later) I noticed that they mostly follow the same basic structure.

There are only two places that the sock "decreases" - the heel and the toe.  I use the "magic loop" method of sock knitting, so I have the sock in two parts (the top of the foot and the bottom of the foot).  You decrease 1 stitch at both ends of both these parts every other row.

For a while I worried about trying to remember if I had decreased the even rows or the odd rows and then I just decided that (if I had to) I would adjust the pattern so that I also decreased on the odd rows.

During the decrease times, I knit even (no increase, no decrease) on the even rows.

Once I established this habit, it became...well, a habit.  I have a row counter, if it's an even row, I knit even.

One of the big political flaps of the week was the Letterman/Palin media scuffle.

Other than the "top ten" lists, I'm not a big Letterman fan.  I appreciate the Palin family's protection (even if overly dramatic) of their child.

Matthew 18 may (or may not) apply - Letterman does not claim to be a brother in Christ.  But we are to show the world how repentance and forgiveness works.  If Palin had gone privately to Letterman first, perhaps there would have been a different ending?    Right now, the sincerity of the  apology is being debated; if the confrontation had been private and Letterman had said the same thing, there would be no debate.

Palin made political hay.  While I understand her very public defense of her daughter and would most likely (at the very least have been tempted to) do the same, she still made hay.

Over the last couple of days, Sarah Palin had two roads.  Her "acceptance" of the apology is just as insincere as the apology is made out to be.  Her chiding had no place in the forgiveness by a Christian.

"Of course it's accepted on behalf of young women, like my daughters, who hope men who 'joke' about public displays of sexual exploitation of girls will soon evolve."

In an ideal world, it would have been

"Of course, on behalf of women everywhere, it's accepted."

Period.  Just as "sorry...but..." apologies have a more appropriate ending, so do acceptances.

But that is what is it is.

Just as important is the response of Christians.

Real forgiveness means restoration and a promise to not hold the offense against the offender again.  Ever.

An opportunity to show the Gospel has been passed up.  If the Palins (including Willow) had agreed to be on Letterman's show and if Willow had held Letterman's hand and said,

"We all do things that are wrong and we all need forgiveness.   I have been forgiven by God and I forgive you."

What would that have told the world?

Sock of the Week - check.  Next week's "official" sock is nearly done (you'll see it next week)

On the spining front...

I bought a bag of alpaca fiber - the animal's name is "Juan" and the color pathway is called "blue sheen". .(the fiber spun onto a drop spindle - it's counter intuitive, but the lighter the spindle, the finer the thread; I think because it spins faster. This is how fine it's spinning up.  This is a single ply thread - when all the fiber is spun, two balls will be spun together with the spindle going in the opposite direction of the single ply - this is called "worsting", making worsted yard. wound into a ball and being knit into a scarf with a cable twist will have me on track to make 26 pairs of socks in a year.  So far, I'm on track (4 pairs finished so far).  Handmade socks seem like a very nice gifts to give "somebody who has everything".

Meanwhile, spinning is challenging, but fun...so I think I want: 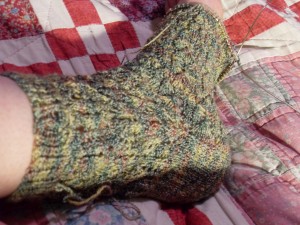 helped by this boy... 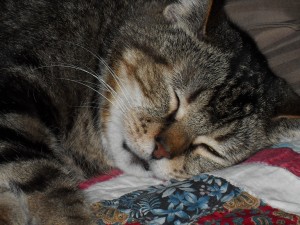 and forgot to take a finished photo...and they're being washed now so I can't...but they're done!