Five years ago this day I wrote that dying should not cause this much paperwork. There was a lot of it! But it was all done and all done correctly.

I have only very good things to say about the hospice organization that we worked with - they were wonderful. Five years ago today, the visiting nurse told us that the physical signs said that things were really winding down - Art was taking sips of water, he wasn't able to roll over by himself and he was hallucinating quite a bit. He had very awake moments and that was good.

"Last night" (five years ago) Art had a dream - he dream somebody was trying to take him away. He said that it wasn't bad, or scary, but it did wake him up.

"Yesterday" (five years ago), one of my best friends (we have since lost touch) came over with a photo album. She had been raped when she was 12 and had a son when she was 13; she had given him up for adoption and had never heard anything. What wonderful news! He had found her and they had met - everybody had met. My friend, her husband - her son and his wife - and his adoptive parents. For all those years - over 40 of them - her son's parents had kept two identical photo albums; one for them and one for "bio-mom", should he find her. So my friend has photos of her son from the time that he was placed for adoption - birthdays, Christmases, proms, his wedding.

"Last Saturday" (five years ago), Art decided he wanted to go to the mall. We had a wheelchair from hospice, so off we went. We went to the NASCAR store and bought Art a Johnny Benson cap and we went to the bookstore - they were hosting a group of greyhounds from "Greyhound Rescue". They must have sensed something because the dogs surrounded Art and put their heads in his lap.

We knew that things were close, the nurse had said maybe a couple of days. But we were ready - we thought.

Friday night Manda and I went to see X-men 3...and we're going again (this time with Tom).

Right now, a little bit of "oh my goodness, we ran out of that!" shopping...

Manda got a haircut yesterday; a friend told me that I'm going to need a bigger shotgun...

Both involve very teachable moments - some of it is sinking in, some of it doesn't appear to be.

But I covet your prayers... 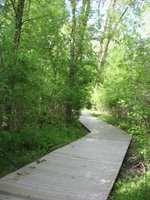 There is a park near my home, with a trail through a woods...

It's a city park and very nicely maintained. 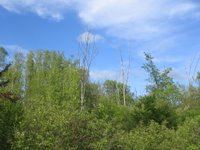 There are some beautiful things along the trail... 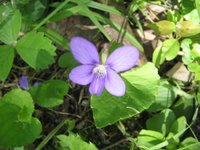 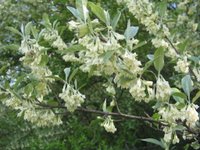 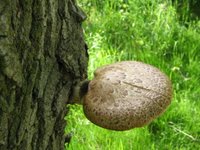 There is also a boardwalk through a wetl ands area, with more of God's beauty. 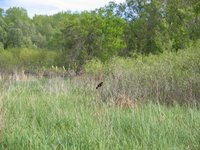 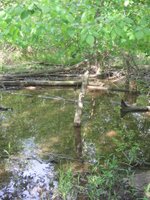 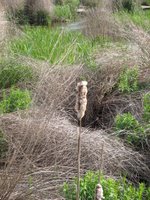 See the next post about what the "consequences" are...

This is part of the boardwalk... 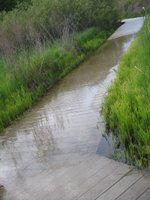 This is where I realize I'm going to get wet... 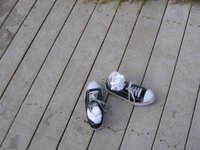 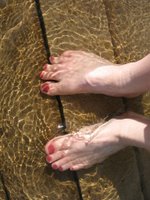 We're getting toward the end here.

Five years ago today, Art told me that for the first time he felt like he could just go to sleep and not wake up - and he told me that was okay.

Because of a bowel obstruction, Art couldn't eat anything or drink much. He was getting so weak that he had muscle spasms from trying to hold his head up.

Art had been doing counted cross stitch for years and he had been working on a huge project for our daughter and it dawned on him, this day five years ago, that he wouldn't be finishing it. He was spending time reading his Bible and listening to music. The pastor had visited and they had planned a funeral.

We had our first visit from hospice. There was a tiny bottle of medicine and we were told exactly how little would do what - and then we were told that the nurse that would come after he died would take the bottle and dump it - and never look at how much (or how little) was left.

We live in the city where a minor league hockey team plays and the general manager was a member at our church. He stopped by and dropped off an envelope and said that he didn't know what else he could do - so he gave us tickets to a finals game of the playoffs. We had a couple that we were close to who were huge hockey fans and they took the kids. It was things like this that really touched us.

But five years ago right now, we were in "waiting mode"

create your own visited states map
or check out these Google Hacks.

As I read through the Bible, I'm sometimes puzzled (yet comforted) at how imperfect the people are that God chooses (or even creates) to use.

Tonight, I read the story of Samson.

An angel of God came to a barren woman and told her that she was going to conceive a son - she should abstain from alcohol and all fermented beverages and that her son would be a Nazirite.

(This means that God planned ahead for this very imperfect man to be born so that God could use him to begin the deliverance of the Israelites from the Philistines.)

The Nazirite vows included prohibitions against
- touching dead bodies,
- cutting one's hair,
- consuming grapes in any form (including grapes, raisins, vinegar and wine); this does not include drinking strong drink that does not come from grapes - vodka is ok.
- following the rest of the Jewish Law

So, how did Samson do with all of this?

END_OF_DOCUMENT_TOKEN_TO_BE_REPLACED

my daughter wrote this...

What Will Your Famous Last Words Be?