Ok...here's the research paper...if anybody is out there reading, please proof and help out. (I was going to have a whole section on autism...but I ran out of both time and space...)

When we consider “multicultural literature,” we look for ways to introduce students to other cultures; both far away and in our own “back yard.” We may use fiction or non-fiction or contemporary stores or stories from long ago. We may use traditional folktales or stories written for this generation of children. Our goal, always, should focus on bringing a greater understanding of the value of all people and to encourage inclusion and tolerance of people different than us.

END_OF_DOCUMENT_TOKEN_TO_BE_REPLACED 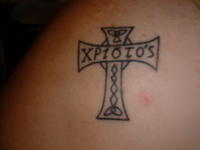