Man injured after run-in with a bear.

Tim Egan, 53, was riding on Old Stage Road Tuesday afternoon when suddenly a bear appeared in front of him. Egan hit the bear and ended up skidding across the road.

AUGUSTA -- As soon as an inmate from Vassalboro had a visitor at the Kennebec County jail in Augusta, he was violating a court order.

Marshall Crandall IV, of Vassalboro, was sentenced to serve nine months in jail Tuesday at a Kennebec County Superior Court hearing after he pleaded guilty to three counts of violating conditions of release for having contact with the visitor...the same woman who visited him at the jail.

The violations occurred April 5, 10 and 15, when the woman named as the assault victim visited Crandall, according to jail records.

The woman told the judge on Tuesday the domestic assault was mutual, and that she could have been charged with the same offense in the incident.

"I picked him up three or four times and slammed him on the ground," she said.

It's a frame of mind.  "Thin Within" doesn't refer to "losing weight".  They call it "releasing weight".  The thought being that if you "lose" something, you might find it again.  (And I HAVE found my lost weight again).

When you lose your keys, it means a lack of attention, carelessness.  The object of your search may be right under your nose, waiting for you to pick it up again.

When you "release" something, you let it go.

I'm thinking of those kids' movies where a baby wild thing is found by a family and raised to adulthood and released back into the wild, where it is supposed to be.   You don't expect (or want) those released animals to return to you.

When you "release" a brake, it's so the car can go.  Move forward.  Controlled, yes.  But no longer at a standstill because of what was holding it back.

Both of those thoughts about "release" can be applied to the health journey.

If I "release" my extra poundage into the wild blue yonder, it need to be with the expectation that they will not return to me.  I am purposefully behaving in a way that will send them away.  I am not searching for them.

I am also "releasing" my body from the extra weight.  I move better, feel better, act better.  I am no longer at a standstill because of the extra weight I carry around.

"Releasing" weight is freedom.  Will it require an effort?  Oh, yes!  But so does backpacking, hiking on a mountain, riding a bike...those are all "freedom" words to me.

Why do I believe "wives, submit to your husbands as unto the Lord..." and stop?  Because I'm reading my own mail.

My submission to my husband (when he was alive) did not depend on him loving me as the Christ loves the church.  Reading my own mail, I see my role.

Did that stop me from submitting?  No.

God's Word to me is still God's Word, whether nor not somebody else obeys their Word.

I remember a great turning point in my Christian walk - the day I realized that my walk with God did not depend upon my husband's walk with God.

Could I follow his lead when he provided it?  Absolutely.  I can follow my pastor's lead, but my walk is still my responsibility.

Read my own mail.

That is why I seldom write about a man's part in a marriage.  It largely does not concern me - When I write "God-stuff", it is about what things are beginning to mean to me.  Yes, I recognize the command to men and believe that a marriage requires that a husband love his wife as Christ loves the church.

But that is reading HIS mail.  I know what to look for, but in my search to grow myself, I read my own mail;  thus, most of my writing on marriage and love relationships is written from a woman's perspective, toward a woman's "mail."

I feel absolutely NO obligation (zero) to instruct men.  I'm not a man, I don't face their challenges.  It's not my mail.

The question was:  Do I wait until Friday to fill up (after I've used a little more gas and buy more with the coupon?  Or buy it on Thursday, knowing what the price was then?

Buy a little less now?  Or risk the price going up?

An official week of Weight Watchers has gone by. 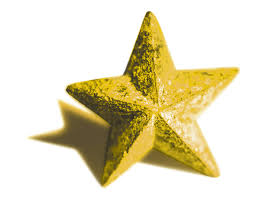 I bought a bike.  Then a padded seat. I think the odometer on the bike is set wrong, since mapmyrun.com says I rode 3.1 miles and the odometer says 4.9.

Tuesday:  I started a "no-poo" experiment (went shampoo free to see how it goes).

Started reading "Thin Within".  So far the only thing new to me is the concept of not "losing" weight (the idea being that if you "lose" something you hope to find it again).  They refer to "releasing" weight. I think I like that. 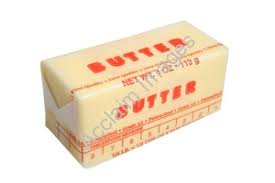 I'm sitting in Biggby Coffee partway through my walk...watching the rain. reading "Thin Within" by Judy and Arthur Halliday. Sending this from my iPod Touch It's going to get interesting.  It is my opinion that we will see gay activists targeting Christian businesses with lawsuits in order to change the face of American Christianity.  It is also my opinion that they will mostly succeed - except for that "remnant".

New Mexico
...a New Mexico court decides against a Christian photographer who opted not to photograph a lesbian wedding.

After Huguenin told them she only photographed traditional marriages, the couple filed a complaint for discrimination against their sexual orientation.

The case was taken before the New Mexico Human Rights Commission, which heard the case in January.

This will end up affecting many Christian small business owners that rub shoulders with the marriage "industry".  Flowers, photographers, seamstresses, caterers, cake bakers.

Gay activists are not above deliberately targeting Christians in order to sue and set precedents in the court system.

In another story, "Legally Speaking: Through a Lens, Darkly" the point is made that there are civil rights at stake:  the rights of the photographer.

This is disputed by Kenneth Pedroza, the attorney for the two doctors. He said they clearly informed Benítez that their religious beliefs applied to unmarried women and treated her no differently than any other single woman seeking treatment at the clinic.

"Freedom of religion absolutely protects all of their conduct in this case," he said. "There are two areas in medical care where freedom of religion is invoked most clearly: in the creation of life and the termination of life." And just as patients have rights, he said, so too do doctors.

Jennifer C. Pizer, a lawyer with the gay rights group Lambda Legal who is representing Benítez, said that while the law protects doctors who refuse certain treatments on religious grounds, it does not allow them to do so on a discriminatory or selective basis. In other words, when doctors refuse a treatment, their refusal must apply to all patients -- not to a group, such as unmarried women or lesbians.

Employees who refuse to perform gay wedding ceremonies at the San Diego County Clerk's Office are facing reassignment. At least 14 employees who raised religious objections to performing same-sex weddings have been told they cannot pick and choose between marriage applicants. California began gay marriages this week. Clerk Greg Smith had told workers earlier that those who object on religious grounds wouldn't have to perform the ceremonies, but 14 employees balked and that was more than his office could accommodate.

But hey, if the word "marriage" can be redefined as a civil rights imperative, why balk at lesser ideas like "monogamy" or "fidelity"?

She notes in her article:

For example, redefining "infidelity." Back in the '90s, when Andrew Sullivan first suggested gay couples had a thing or two to teach opposite-sex couples about our rigid insistence on sexual fidelity, public reaction was so negative that he recanted (and to this day he gets mad if you even mention he said it!).

But from the new-won confidence of his legally recognized gay marriage in Massachusetts, Eric Erbelding is quite comfortable explaining to The New York Times: "Our rule is you can play around because, you know, you have to be practical." Eric says most married gay couples he knows are "for the most part monogamous, but for maybe a casual three-way."

For the most part ... except for the casual three-way?

"faithful" does NOT mean the same thing to gay people as it does to heterosexuals.

What about the next step: "Could churches in time risk their tax-exempt status by refusing to marry gays?"

Here's what the gay newspaper of record thinks: "That remains to be seen and will likely result in a steady stream of court battles."