It occurred to be today that the "foot in the door" that Satan uses is not "unbelief", it is the seed of doubt.

I was watching "History" today, a program about the battles of the Old Testament and how secular scholars read "history" into them.

Moses, instead of an instrument of the Most High, became an astute military commander who used his intimate knowledge of the terrain to his advantage.

Joshua, rather than following the command of God, became a blood thirsty and ruthless murderer.

The language was sprinkled with "supposedly" and "assuming there is a god..."

It is here, in the Old Testament, that the seeds of the undermining of God's Word begins.  When we sow the seeds of doubt in our minds in one arena, it becomes much easier to reap those seeds in another.

Do I think it is possible (or even likely) that Moses was an astute military leader?  Sure...but I believe that the skill was used of God for God's purpose.

Do I think that Rahab might have had her own best interests in mind when she hung the scarlet cord out of her window?  Of course...but it was all part of the plan of God.

We live in a lost and dying world, full of sin and strife.  But my God is in control.

Proverbs 21:1 - The king’s heart is a stream of water in the hand of the LORD; he turns it wherever he will.

It seems so reasonable to listen to the world's "logic", to believe that our "modern" era has answers that God's people didn't.

But we don't.  We may have science and we may fall for "political correctness".  But our ways are not His ways and our thoughts are not His thoughts.

It is important (for me) to remember that what I think seems so reasonable may be contrary to the will of the Most High.

Let the earth now praise the Lord.
Who hath truly kept His Word
And the sinners’ Help and Friend
Now at last to us doth send.

What the fathers most desired,
What the prophet’s heart inspired,
What they longed for many a year,
Stands fulfilled in glory here.

Welcome, O my Savior, now!
Hail! My Portion, Lord, art Thou.
Here, too, in my heart, I pray,
Oh, prepare Thyself a way!

King of Glory, enter in;
Cleanse it from the filth of sin,
As Thou hast so often done;
It belongs to Thee alone.

As Thy coming was in peace,
Quiet, full of gentleness,
Let the same mind dwell in me
That was ever found in Thee.

Comfort my desponding heart:
Thou my Strength and Refuge art.
I am weak, and cunningly
Satan lays his snares for me.

Bruise for me the Serpent’s head,
That, set free from doubt and dread,
I may cleave to Thee in faith,
Safely kept through life and death.

And when Thou dost come again
As a glorious King to reign,
I with joy may see Thy face,
Freely ransomed by Thy grace.

You make known to me the path of life; in your presence there is fullness of joy; at your right hand are pleasures forevermore.

A friend of mine called me on Saturday and told me that her husband's mom had passed away earlier in the week.  She had been sick for a long time; sick and in pain.

For Christians, funerals are a much different event than the funderals of the lost...

At the right hand of our Heavenly Father, there are pleasures forevermore...in His presence we find fullness of joy.

Leaving this life is not a tragedy for the one "going home".  We miss them, yes.  But for them...it's their invitation to the wedding feast.

He got the driveway shoveled and ran out for the really important stuff (Starbucks and sugar cookies).  He was almost home and (this is the frustrating part) followed the snowplow in...so my car is parked on the street because there is currently a 2 foot tall pile of ice chunks blocking the driveway... 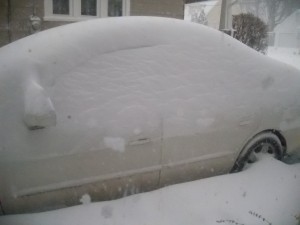 The bell choir gave its first performance today...the biggest mistakes coming from its director (me).  I "lost" one of the members, a young woman in a wheel chair, and gave a wrong cue. But all in all, a very nice performance.

This is a very good project and there are young people in this group that have never been "able" to participate in the music programs because of ability levels and I've got them.

Be thou my vision, O Lord of my heart
Naught be all else to me save that thou art
Thou my best thought by day or by night
Waking or sleeping thy presence my light.

Be thou my wisdom, thou my true word
I ever with thee, thou with me, Lord
Thou my great Father, I thy true Son
Thou in me dwelling, and I with Thee one.

Be thou my battleshield, sword for the fight
Be thou my dignity, thou my delight
Thou my soul's shelter, thou my high tower
Raise thou me heavenward, O power of my power.

Riches I heed not, nor man's empty praise
Thou mine inheritance, now and always
Thou and thou only, first in my heart
High King of heavem, my treasure thou art.

High King of heaven, after victory won
May I reach heaven's joys, O bright heaven's sun
Heart of my own heart, whatever befall
Still be my vision, O ruler of all. 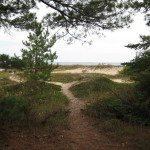 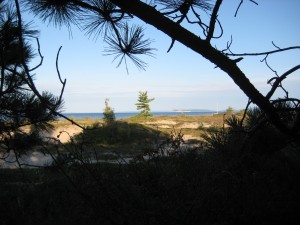 the view of the beach... 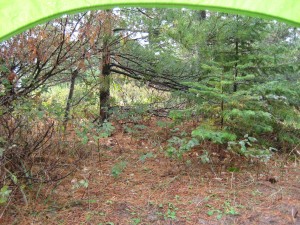 the view from my tent...