Rarely have I wanted to go to Canada as much as I have now...that I have my passport and want to use it.

When I was a kid, we used to go there to shop.  My second date with Art, we went to Chinese restaurant in Sarnia.  It's the quickest way to Niagara Falls and Maine.  Quebec rocks.

Ah well...we're going to settle for the Upper Penninsula.  which also rocks.

I'm on my way out the door for my Tour de Cure ride.

There have been thunderstorms all night, although it's not raining right now.  In Middleville (where I"m going) there's a 50% chance of thunderstorms during the ride.

It's an hour away from here and I'm stopping for Biggby (quad mocha and chocolate chip scone).  I'm not sure if they'll call the event for weather or not - I hope not, but if weather threatens I don't have weather gear.

and away I go

(I run from Saturday to Friday, but I think I'll change from Frida to Thursday, so that "Fit Friday" will cover all seven days.)

Weight Watchers:  was within points (but this is my last weight watchers week, since I'm going more low-carb -again- and I can't eat the higher fat and stay within weight watchers points)

My triglycerides are up and my gynecologist suggested I try to get some exercise in.

He [President Obama] also reiterated his opposition to the Defense of Marriage Act: "It's discriminatory, it interferes with States' rights, and it's time we overturned it," he said. (FederalEye)

Since when has any politician in Washington DC (Ron Paul excepted) been concerned with "states' rights"?

As I knit, I've been knitting socks, I've been using a variety of patterns.  After browsing patterns (mostly looking at pictures, I can sort out the patterns later) I noticed that they mostly follow the same basic structure.

There are only two places that the sock "decreases" - the heel and the toe.  I use the "magic loop" method of sock knitting, so I have the sock in two parts (the top of the foot and the bottom of the foot).  You decrease 1 stitch at both ends of both these parts every other row.

For a while I worried about trying to remember if I had decreased the even rows or the odd rows and then I just decided that (if I had to) I would adjust the pattern so that I also decreased on the odd rows.

During the decrease times, I knit even (no increase, no decrease) on the even rows.

Once I established this habit, it became...well, a habit.  I have a row counter, if it's an even row, I knit even.

One of the big political flaps of the week was the Letterman/Palin media scuffle.

Other than the "top ten" lists, I'm not a big Letterman fan.  I appreciate the Palin family's protection (even if overly dramatic) of their child.

Matthew 18 may (or may not) apply - Letterman does not claim to be a brother in Christ.  But we are to show the world how repentance and forgiveness works.  If Palin had gone privately to Letterman first, perhaps there would have been a different ending?    Right now, the sincerity of the  apology is being debated; if the confrontation had been private and Letterman had said the same thing, there would be no debate.

Palin made political hay.  While I understand her very public defense of her daughter and would most likely (at the very least have been tempted to) do the same, she still made hay.

Over the last couple of days, Sarah Palin had two roads.  Her "acceptance" of the apology is just as insincere as the apology is made out to be.  Her chiding had no place in the forgiveness by a Christian.

"Of course it's accepted on behalf of young women, like my daughters, who hope men who 'joke' about public displays of sexual exploitation of girls will soon evolve."

In an ideal world, it would have been

"Of course, on behalf of women everywhere, it's accepted."

Period.  Just as "sorry...but..." apologies have a more appropriate ending, so do acceptances.

But that is what is it is.

Just as important is the response of Christians.

Real forgiveness means restoration and a promise to not hold the offense against the offender again.  Ever.

An opportunity to show the Gospel has been passed up.  If the Palins (including Willow) had agreed to be on Letterman's show and if Willow had held Letterman's hand and said,

"We all do things that are wrong and we all need forgiveness.   I have been forgiven by God and I forgive you."

What would that have told the world? 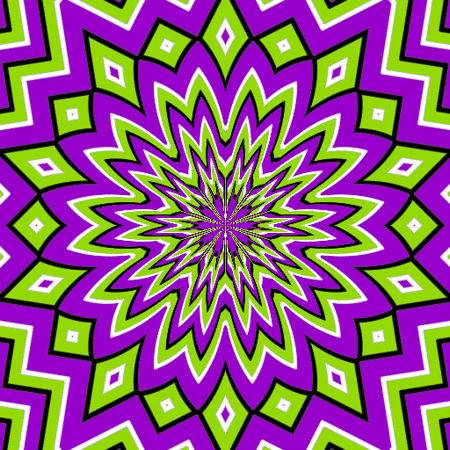 We should enjoy the blessing that God gives us - and God has given us much (I'm thinking in the Western mindset in the United States.)

We are privileged here and there is no reason that we should not enjoy the blessing that have been given us - but there are dangers and drawbacks to those blessings.

At the same time I was updating my bike ride, a co-worker was giving us an update on another co-worker who has suffered a stroke

The health that I have is a blessing that others may not have. I am grateful to God that I have the means to become more healthy, while others are in hospital beds recovering.

As a co-worker was describing his delightful day on the warm, (relatively) clean beach of Lake Michgan, a missionary we support was telling us that 30 Karamong in a swamp.

The clean water that we enjoy is a blessing that some others in the world do not have.

Some of my friends are golfing, the Sliedricht family is visiting mass graves in Obalanga.

We have land that spreads out to enjoy life; in other countries there is so much death they do not even dig individual graves.

I have the summer off, the Sliedrichts are working with people in poverty.